Had a Motor Accident in Aberdeen?

If you are a resident of Aberdeen, or just passing through for your work, or indeed if you are one of the many tourists that visit the city, read on. Should you find yourself involved in a motoring accident which was not your fault, then expert help is at hand. The truth is that even if you are familiar with an area and its road system, from time-to-time accident will unfortunately occur. Obviously if you are exploring unfamiliar territory the risk increases and the inconvenience of being far from home only serves to exacerbate your problems.

Should any or all of the above ring true for your current situation then there is a simple solution to get you back on the road swiftly and at no extra cost to yourself. The expert team at Innocent Driver will assess your Motor Accident Claim and should it be found to be the other road users’ fault will accept your claim. From that point Innocent Driver works to ensure you won’t have to pay any excess and it will not affect your No Claims Bonus.

Put simply Innocent Driver takes the Pain out of your Claim and it is a straightforward process to get this underway. Be sure to contact us before involving your own insurance company either by completing our online Motor Accident Claim form or contacting us by mobile or landline on 0800 368 8928. Make a note of our number to be prepared and you can also text BUMP to 88440

Then once we accept your claim you will not have to pay any excess and it will not affect your No Claims Bonus. Our team will swing into action and contact the other driver’s insurer to inform them of your claim and tell them that we are holding their client responsible for it. Then we arrange for your cars repair and can even provide a hire car for your use whilst its under repair. The other driver who caused the accident is then billed through their insurer and you will not be charged, and you will not have to pay your excess to the repairing garage.

If this sounds simple it’s because it is, so just complete our Claim Form today to start the ball rolling and let us take the pain from your claim.

Aberdeen is the northernmost major city in the United Kingdom and is the most populated city in the whole of Scotland. The city has a long sandy coastline which accounts for an oceanic climate, causing mild, rainy, winters and cool summers. Situated in the Northeast of Scotland it is northeast of Edinburgh and approximately 640 km in distance from London.

Much of the city architecture was constructed in the past from locally quarried grey granite which gives it a striking appearance as it can be seen to sparkle from its high mica content. Way back in 1969 oil was discovered in the North Sea and over time due to its abundance Aberdeen has become known as the offshore oil capital of Europe.

Aberdeen has Royal burgh status as a result of David I of Scotland bestowing the city with the title during his reign which had the effect of transforming the city’s economy. The city is home to two major universities Robert Gordan University in Garthdee and the University of Aberdeen in Old Aberdeen, combined making it the educational centre for the north-east of Scotland. 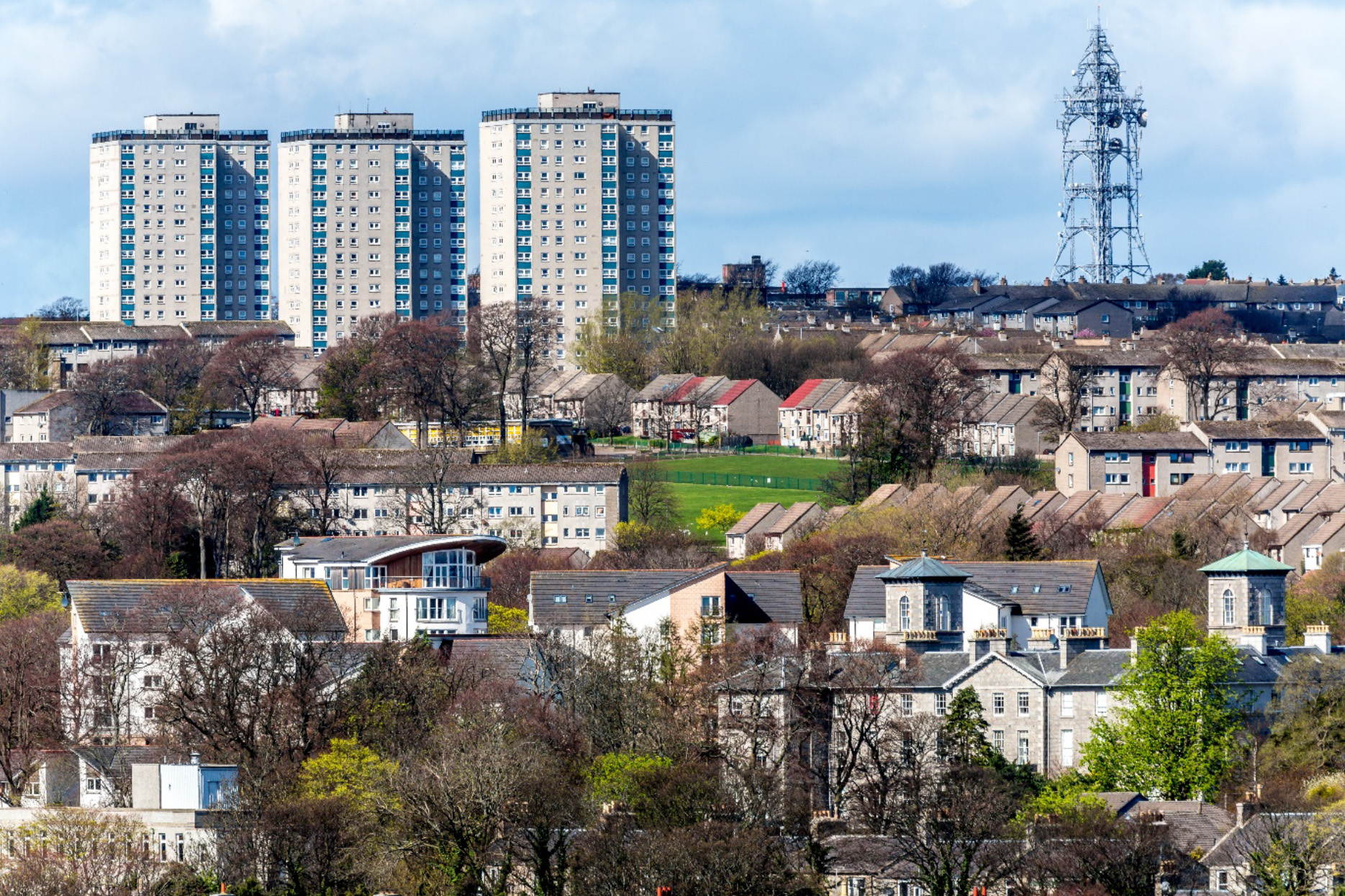 This file is licensed under the Creative Commons Attribution-Share Alike 3.0 Unported license.